Several studies revealed that about 1/3 of all protective equipment on machinery is defeated. Often, the design of protective devices hampers machine operation. Insofar, this is a foreseeable misuse the manufacturer has to take into account already when constructing the machine. According to European legislation, this situation leads to the EC Machinery Directive failing to be fulfilled and to improper affixing of the CE mark. Therefore, a machinery manufacturer is well advised if he asks himself whether the protective equipment of his machines is defeated also in use.

A) Development of new machinery: 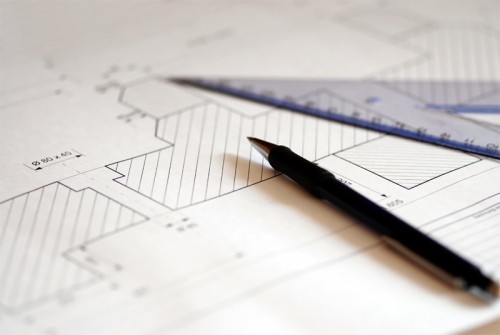 Protective equipment on machinery is only defeated if it affects the operating sequence. This is e.g. the case where a necessary view into the working area is impeded (e.g. window too small), the achievable working cycle is not achieved or certain jobs are not possible at all (e.g. setting-up). The protective concept must be planned in parallel to the development of the machine; only then it is possible to design protective devices in such a way that they hinder the machine operator only slightly or not at all. Where protective equipment is not given any thought until after completion of the machine, this equipment is, as a rule, superimposed and will interfere with operation. Therefore, in most cases, there is a high incentive to defeat the protective equipment. To avoid this, the following 5 steps should be taken into account when designing a new machine:

The performance specification defines exactly the performance a machine is intended to provide. This prevents that the machine actually is inappropriate for the intended use but is used nevertheless – maybe by defeating the protective equipment.

When planning the protective concept, all modes of operation and all works to be done on the machine are to be taken into account, including foreseeable misuse. The study relating to defeating protective equipment on machinery http://www.dguv.de/ifa/publikationen/reports-download/bgia-reports-2005-bis-2006/report-manipulation-von-schutzeinrichtungen/index.jsp (only german language) has revealed that in most cases, acts of defeat done for a certain operating condition will not be undone. Thus, a small gap in the protective concept may be the cause for the protective equipment of a machine being permanently defeated.

For defining the incentive to defeat the protective equipment, this report is available (only german language). When using it, a future machine operator should be absolutely involved. Not only the intended work on the machine is to be taken into account but also a foreseeable misuse, e.g. during fault-finding. Virtual reality software tools are available to allow determination of the incentive to defeat protective equipment during development http://www.dguv.de/ifa/fachinfos/virtuelle-realitaet/index-2.jsp. A terminal, or better, a projection screen allows original-size simulation of the machine operation already in the run-up. Here, the VR software uses the construction data of the CAD system.

A machine manufacturer is obliged to monitor the use of the machine on the market (obligation to monitor a product, in Germany: § 823 Abs. 1 BGB). This includes also detecting misuse with defeated protective equipment and, if need be, taking the appropriate steps.

B) Machinery already placed on the market: 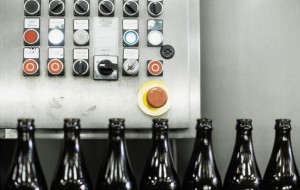 The following 5 steps are intended to help making an analysis and introducing improvements.

Step 1:    describe the situation
Step 2:    find the causes
Step 3:    define remedial measures
Step 4:    implement the defined measures
Step 5:    check the efficiency
How can one find out whether his own machinery´s protective equipment is being defeated? As a rule, the machinery manufacturers do have this knowledge, for both sales department and maintenance staff have direct contact to the customer. They have an insight into the use of the machinery and can assess the way the machines are operated. You maybe know the weaknesses of the machine, and in the extreme case, you will inform the machine user about suitable ways to render the protective equipment inoperative. Another information source, of course, is the customer himself. He will consider it surely positive if the machinery manufacturer asks him about his experience made when using the machine. Where there are reports about hazardous situations or (nearby) accidents, these are to be taken into account as well.

If it turns out that protective equipment on machinery is being defeated, it would be useful to find the causes for this as a first step. Does the protective equipment affect e.g. the operation? Is there only an inadequate view on the production process? There is a host of possible causes. In order to evaluate the incentive for defeating protective devices, a systematic analysis can be done by an App (Android and iOS) or an Excel-sheet.

Depending on the causes for defeating protective equipment, the safety concept of the machine must be improved: e.g. a guard gate may be inadequate, and a light curtain might be the better solution. Maybe the appropriate modes of operation are not provided. Where manual intervention into the process is required, e.g. for setting-up, adjustment or fault finding, drive control with integrated safety functions would provide a solution. This easily allows movements with limited speed or in inching/acknowledgment mode. Clause “Best practice“ lists several positive design examples. The safety technology of the machine now has been significantly improved. This should be emphasized when contacting the customer, for this gives him direct advantages. Defeated protective equipment is a problem not only for the machine manufacturer but also for the machine user. In Europe, the Directive for use of work equipment by workers at work explicitly prohibits defeating. Thus a user will commit an offence by defeating protective equipment. The now improved machine helps the machine user to fulfil his legal requirements.

Are the measures taken effective? Has the objective of reducing the incentive to defeat protective equipment been reached? One should ask himself these questions after an appropriate time. Surely, a new enquiry at sales department, maintenance staff or the machine users will provide a positive feedback.